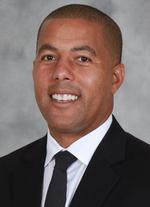 Jason Lowe was named the head coach of the Boston College women's soccer team on Jan. 9, 2019.

His promotion was immediately followed by back-to-back NCAA Tournament appearances, as the Demon Deacons reached the round of 32 in 2017, and upset No. 2 seed West Virginia en route to the Sweet 16 in 2018. Lowe has helped several of his student-athletes reach the professional ranks, with Maddie Huster, Ally Haran and Sarah Teegarden all drafted by or competing with NWSL teams in the last two seasons.

Lowe has made an incredible impact on the Deacon defense, as the 2017 team had one of the best defenses in the ACC. Wake Forest's 0.67 goals against average and 14 goals allowed finished third in the league and was among the best in program history. The Deacs also had 11 shutouts, the most since 2011.

Lowe was crucial in the development of keeper Lindsay Preston, who finished third in the conference with a .811 save percentage and fourth with a 0.70 goals against average her senior season en route to All-ACC honors. Also in 2017, the Deacs surrendered just 12 goals in regular-season play, their lowest goal total since before Lowe in 2011.

After joining the team in 2014, Lowe helped the Demon Deacons take a big step forward from year one to year two of his tenure, as the team's goals-against average dropped from 1.63 to 1.16, and the team allowed six fewer goals despite playing two more games.

Lowe joined the Demon Deacons after serving as an assistant coach at Alabama for five seasons, specializing in the development of the back line of the defense as well as the goalkeepers.

During his time with the Crimson Tide, Lowe also acted as the recruiting coordinator and had a large amount of success. In the last two seasons, his recruits went on to earn three SEC All-Freshman Team honors and an NSCAA All-Region selection. In addition, the 2012 recruiting class was ranked 13th nationally and was the top class in the conference that year.

Under Lowe's tutelage, former Alabama goalkeeper Justine Bernier earned six school records and was the first player in school history to earn All-SEC honors in each of her four seasons.

Prior to coming to Alabama, Lowe spent two seasons with the Emory women's soccer program as the team's goalkeeper coach. During his two campaigns with the Eagles, Lowe helped the program to an impressive 32-6-3 record that included a pair of appearances in the NCAA Division III Tournament. In 2008, Emory also shared for the University Athletic Association championship, the Eagles first conference crown since 2004.

A native of Shaker Heights, Ohio, he is a 1998 alumnus of Wake Forest and also served as a goalkeeper for the men's soccer squad from 1994-97.

In addition to receiving his bachelor's degree from Wake Forest, Lowe also earned his MBA at Wake Forest's Babcock Graduate School of Management in 2002.

Taylor Schram joined the Boston College women's soccer staff as an associate head coach in July 2021. Schram arrived on the Heights after spending the previous two years as an assistant coach at Dartmouth.

Prior to Dartmouth, Schram spent the 2018 season as an assistant coach at Florida Gulf Coast and helped lead the Eagles to a 13-4-2 record and a spot in the ASUN Conference semifinal. From 2016-2018, Schram served as an assistant coach at Binghamton. In her time with the Bearcats, Schram helped turn the program around from a last-place finish in the America East in 2016 to an 11-4-4 mark and a conference championship in 2017 along with America East Staff of the Year Honors.

Schram, a FIFA U-20 World Cup Champion in 2012, was a four-year starter on the Penn State women's soccer team and captained the squad as a senior. She helped the Nittany Lions to three Big Ten titles and four NCAA Tournament appearances, including a runner-up finish in 2012. During her time in State College, Schram was a two-time All-Big Ten selection, a member of the 2012 NCAA All-Tournament Team, a two-time All-Region honoree and a First Team Academic All-American as a senior.

After graduating from Penn State in 2014, Schram spent two seasons as a graduate assistant at West Virginia where she won two Big 12 titles and helped the Mountaineers make the Elite Eight in 2015 and finish the season ranked second in the country.

Schram earned her USSF "B" license in May and also holds a United Soccer Coaches Association Premier Diploma.

At George Mason, Vandeveer trained goalkeepers and field players in skill development while also assisting with practices and other day-to-day operations of the program. Vandeveer also spent eight seasons as the recruiting coordinator for the Patriots. Additionally, the Bad Kreuznach, Germany native served as the goalkeeping director for BRYC ECNL Girls Soccer and worked with the Bethesda Soccer Club, Loudoun Soccer Club and GK Icon.

Vandeveer was a four-year member of the Norwich University men’s soccer team from, helping lead the Cadets to three Great Northeast Athletic Conference titles and three NCAA Division III Tournament appearances. He earned two First Team All-Conference honors along with two Second Team All-Conference honors. After graduating from Norwich in 2005 with a degree in International Studies, Vandeveer spent three seasons as an assistant coach of the Norwich women's soccer and lacrosse teams.

Vandeveer has an NSCAA Premier Diploma and a NSCAA National Goalkeeping Diploma.

Boston College women's soccer head coach Jason Lowe has announced the addition of Paige Forster as a volunteer assistant coach to the staff for the 2022 season.

Forster is currently the Director of Coaching for the Arlington Soccer Club, where she oversees the development of all youth soccer players and volunteer soccer coaches. Forster, who graduated from Anglia Ruskin University in the United Kingdom with a Coaching for Performance in Football degree, earned her USSF "B" license in April 2021 as well as a Director of Coaching diploma from the NSCAA. Additionally, she works with Massachusetts Youth Soccer as a coach educator to help deliver coaching licenses and courses. Forster has also worked as a coach for the Steven Gerrard Academy in Liverpool, Challenger Sports in Massachusetts and for Liverpool FC.

Forster also has experience playing professionally, including for Fylde Women FC in the FA Women's National League, the Rhode Island Rogues in the WPSL and the Preston North End FC and Liverpool FC squads in the Women's English Premier League. She was a captain of the Liverpool FC Under-21 squad for two seasons. 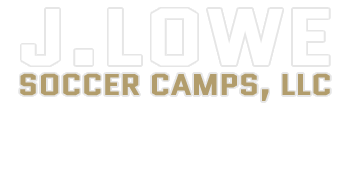 Our camps are open to any and all entrants (limited only by number, age, grade level and/or gender). This camp is neither supported, controlled, nor supervised by Boston College but rather is under the sole supervision, control and sponsorship of J.Lowe Soccer Camps, LLC.